Proof of Vaccination and Masks No Longer Required
Masks will be optional for any and all attendees, in classes and audiences. If an artist or instructor wants attendees to wear masks, because of that artist or instructor’s health risks, they may request that attendees wear masks and Hubbard Hall will communicate that request to attendees. Students and professional artists are able to rehearse and perform without masks or health screenings.

Due to the limited capacity of the Hall and reservations filling quickly and often selling out, we cannot offer refunds once tickets are purchased. If you are unable to attend, we are happy to convert your ticket payment into a donation to Hubbard Hall. 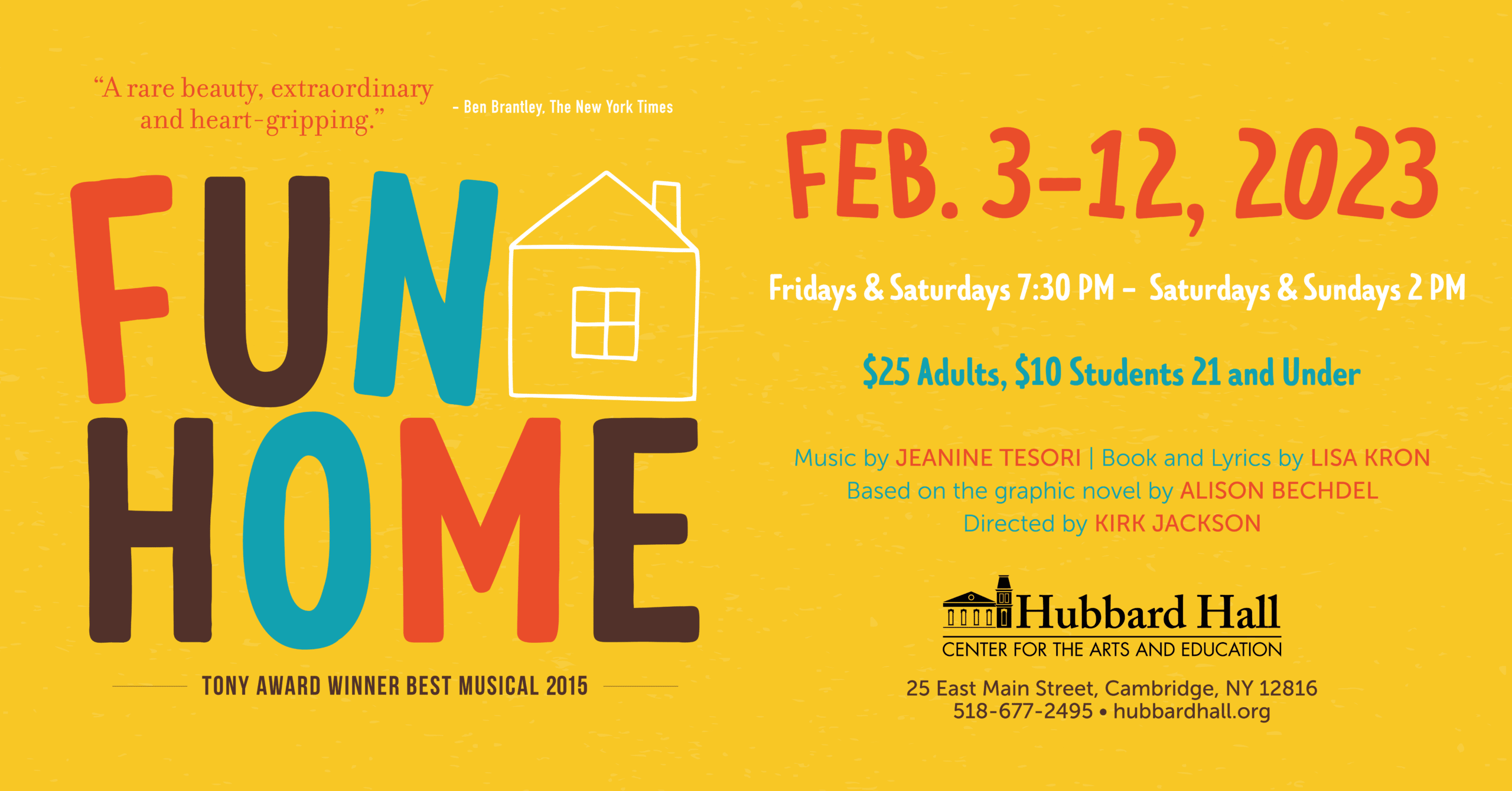 It is the summer of 1885 and Ulysses S. Grant is dying of throat cancer. He and his family have moved into an upstate cottage to seek relief from the heat of New York City. Grant is struggling to finish his memoirs under guidance of his editor, Mark Twain, who medicates Grant with morphine to help him sleep.

While under the influence of the drug, Grant is visited by the ghost of his father, Jesse, who convinces Grant that his memoirs should include an honest account of his faults and failures. Ulysses agrees and begins work on a no-holds-barred addendum, which includes a plan for reconciliation between North and South, Black and White.

When Twain learns of this, he cuts Grant off from his “potion.” Still Grant completes both versions of his memoirs. On his death bed, he tells Julia to make sure the new version is published. After Grant passes, she makes a fateful decision about his secret memoirs.

Presented by our resident Cambridge Central School Drama Club and friends. “Christmas won’t be Christmas without any presents…” With their father away at war, the March sisters are resigned to a dismal year… until they meet their charming neighbors, the Laurences. The performance opens with two lighthearted 10-minute plays by Mark Harvey Levine: The Big Picture & In the Jar.

Friday, December 2 at 7:30 pm
Còig returns to Hubbard Hall! Còig is one of Atlantic Canada’s most exciting Celtic traditional groups made up of accomplished multi-instrumentalists, Chrissy Crowley, Rachel Davis and Darren McMullen. With the fiery Celtic high-energy style as its musical core, Còig easily shifts between century-old tunes of past generations to original and upbeat compositions, featuring the band’s range of over a dozen instruments (vocals, fiddles, piano, guitars, banjo, mandolin, viola, bouzouki, whistles, and more). With driving tunes, haunting songs and infectious energy, Còig is an unparalleled music force.

Led by instructors Elizabeth Call, Lindsay Shaner, Lauren Herrington, and Sarah Wood
Join us for a short matinee highlighting what the dancers have learned this semester. Featuring performances from our Ballet, Tap, Hip Hop, and Jazz classes!

In addition to performance based programming and classes, Hubbard Hall also offers several Special Community Events and Fundraisers throughout the year!

Breaking Bread brings our community together and offers new ways to create, communicate and collaborate. A safe, inclusive, and sensitive space for LGBTQI+ community members where everyone is welcome and everyone is celebrated for who they are. Come break bread with us. Events are Free. Winter dates: January 18 & February 15, 2023

End of of Year Campaign

I hope you’re well and that we’ll see you here soon. If you haven’t already this year, please consider making a contribution.  Donate Now!  Your support means so much to us, now more than ever. Thank you.