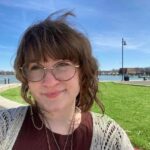 Sarah Burke (Children’s Theater and Afternoon Arts Director) Sarah is very excited for another amazing year directing at Hubbard Hall! Community, comfort, and creativity are what she strives for. She has spent many of her years in various Hubbard Hall productions, such as The Sound Of Music, Annie, Spoon River Anthology, and so on. She hopes to have another great summer full of fun for all her students. 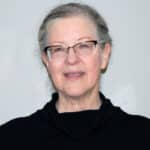 Richard Cherry (Youth Theater/Chorale/Fencing) is a pupil of Herb Cohen who fenced on three US Olympic teams. Richard has been teaching sword-fencing in the local area since 1999. He has been the Musical Director for a number of theater companies in the region. Richard has been a faculty member of the Canberra School of Music in Australia and of the Rockland Conservatory of Music and the Blue Rock School in Rockland County, New York. He presently works in the Music Department at Skidmore College. 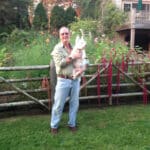 Nelson Clark (Tai Chi Chuan) began his practice of Tai Chi Chuan in 1983 when upon seeing a chiropractor for back issues due to construction work it was suggested that he try the practice of Tai Chi Chuan. Nelson slowly learned to move his body efficiently and correctly avoiding injury, and it’s been a wonderful journey of self awareness Physically, mentally, and emotionally. In 1990 he received his full Sifu certification and has taught extensively in New York and Connecticut. He teaches Yang style Tai Chi long form, short form, stick form, double edge sword, broad sword, Chi Kung, Nei kung, and sensitivity training exercises such as sticking hands. Nelson is also a N.Y.S board certified licensed massage therapist and a personal trainer. He is very passionate about teaching Tai Chi Chuan and is very much looking forward to teaching here at Hubbard Hall. 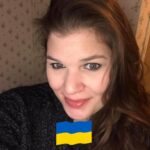 Maureen Cossey (Stage Manager) is a native of Cambridge, NY. She has worked on many prior productions at Hubbard Hall including The Mystery of Edwin Drood (Stage Manager), Madama Butterfly (chorus), Elixir d’Amor (chorus) and Tosca (chorus). She also works with the CCS Drama club as a vocal coach and stage manager. Maureen’s current engagements include Music Ministry at three local churches as well as being an adjunct instructor in music at Burr and Burton Academy in Manchester, VT. She thanks Hubbard Hall for continuing to allow her to learn and grow in the theater community. 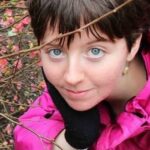 Katherine Danforth (Drama Club, Youth & Teen Theater) joined Hubbard Hall as an actor in the 2013 summer production Twelfth Night, and has since directed CCS Drama Club’s Spoon River Anthology,  And Then There Were None, Cinderella, and Little Women; as well as the Youth and Teen Theatre summer programs (James and the Giant Peach Jr., Broadway Bound and Summer Spotlight, The Wizard of Oz, Bugsy Malone). Katherine lives in Hoosick Falls. 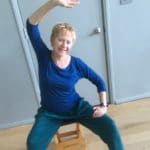 Jacquie West Farbman (Gyrokinesis) is a certified Gyrokinesis instructor with an M.A. degree in Movement Sciences from Columbia University. As a professional dancer she performed with Charles Weidman Dance Theatre and other dance companies in NY and California. She taught modern dance and ballet at a performing arts high school for 25 years and teaches dance at Ocean County College, NJ. Recently she performed in Global Water Dances at the Jersey shore and in a solo dance to the poetry of Bonnie Hoag at Hubbard Hall.

Patrick Hall – (Taekwondo I & II) Master Patrick Hall is a 5th degree black belt in taekwondo with over 15 years of experience.  He has competed in many national and international events.   He is a 2018 collegiate and USA taekwondo All-American and a certified USAT, Pan American Taekwondo Union (PATU) and World Taekwondo (WT) coach. His accomplishments include a bronze medal at the 2018 United States National Collegiate Taekwondo Championships, quarterfinalist at 2017 US World Championship Team Trials, quarterfinalist at 2017 United States National Championships and multiple medals at regional and state championships. Master Hall led the Bridgeport Taekwondo team to a 2nd place league finish in Division III of the Eastern Collegiate Taekwondo Conference (ECTC) in the 2017-18 season. He also coaches the SUNY Cortland College sparring teams. Master Hall holds a B.A in Sociology from Siena College graduate with advanced studies in Psychology and Martial Arts Studies from the University of Bridgeport 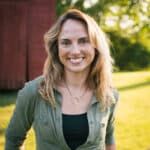 Lauren Herrington (Beginner Jazz) has been dancing for over 25 years. She danced with The Dancin’ Place on Long Island, NY, focusing on ballet, tap, jazz, modern, and hip hop styles, and competed nationally at Performance Plus and Starpower dance competitions. In college, she was President of Del Sarte Dance Club, a student-led dance group that held performances twice a year. In addition to performing, Lauren also choreographed and taught classes throughout high school and college, and takes jazz and hip hop classes at Broadway Dance Center whenever she is in NYC. 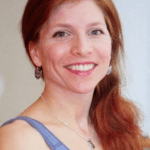 Beth Jacobs (Creative Movement, Modern Dance) started ballet with Phyllis Marmein (a former vaudeville and concert dancer) and then studied with Michael Steel and various teachers at Skidmore College. She studied at San Francisco Ballet School alongside the Corps de Ballet and in NYC. She has studied at the Paul Taylor School (modern dance), and performed with Berkshire ballet, along with many companies across the USA. She is an adjunct at Schenectady County Community College and taught movement for The Malta Montessori School for 15 years. She teaches ballet, modern dance and pointe for Quest, a nonprofit inner city outreach program whose director was declared a Mazda N.A. Hero during the Covid-19 shutdown. Beth also provides library programs – “Telling Stories with Movement, Music, and Books.” Darcy May (Irish Step Dance and Drawing) is a 1985 graduate of the University of the Arts, Philadelphia where she majored in illustration. She studied Irish Dance as a child at Fay and O’Connell School of Irish Dance in Pearl River, NY, and danced with Wild Irish Acres of Saratoga Springs. Darcy has taught at Hubbard Hall since 2004. She also illustrates children’s books.

Bliss McIntosh (Tune Jam, Community Garden) has a BA in Ethnomusicology from Wesleyan University and has been a musician/ craftsperson/ dancer/ gardener/ cook  for her whole life, passing on her knowledge along the way to anyone who will come along for the ride. 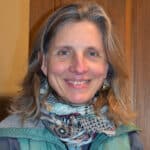 Gabi Moore (Painting & Watercolor) is an artist living and working in the Battenkill Valley and as an art teacher in Saratoga Springs.  A Master of Fine Arts, she taught at Fordham University, Union College, and in art centers with people of all ages and also she continues to paint in her studio. She enjoys sharing the delightful processes of painting in watercolor with children and adults alike. 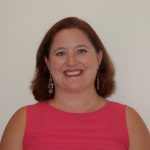 Rachel Sargood (Irish Hard Shoe & Soft Shoe Technique) has been Irish dancing for 15 years, and has been an assistant dance teacher for 9 years. She teaches summer dance workshops at Hubbard Hall Center for the Arts & Education. David Snider (Theater) received his MFA from New York University, Tisch School of the Arts and his BA in English Literature/Russian language from Dickinson College, magna cum laude, Phi Beta Kappa. He has directed, produced, acted and taught with Arena Stage, the Shakespeare Theatre Company, the Kennedy Center, the Joseph Papp Public Theater, the Hangar Theatre, Playwrights Horizons, Jean Cocteau Repertory and the Maddermarket Theatre of Norwich, England, among others. He is currently on the faculties of both Skidmore College in Saratoga Springs, NY and American University in Washington, DC.  In 2010 he received the National Arts and Humanities Youth Program Award from the President’s Committee on the Arts and the Humanities from First Lady Michelle Obama, in a private ceremony at the White House, in recognition of his leadership of after-school arts programming for public school students with Young Playwrights’ Theater in Washington, DC. 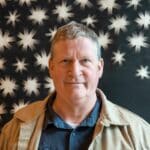 Patrick White (Acting) is a Capital Region actor, director, reviewer and educator who has taught acting at UAlbany, Not So Common Kids Camp and privately at Albany Barn. He has directed 15 Capital Region premieres and is a founding member of Harbinger Theatre. He attends hundreds of plays and musicals every year. 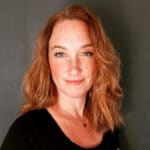 Jenette Wilkinson (Pilates and Yoga) MBA, RYT-200, holds certifications in mat Pilates, yoga, children’s yoga, Yin & Restorative yoga, and Ayurveda + Self Care. She is currently working towards completing the 650-hour comprehensive Pilates certification through the Art of Control under the guidance of Second-Generation Pilates Instructor Simona Cipriani and Nuhar Jaleel, P.T., owner of The Pilates Principle. 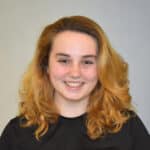 Sarah Wood (Hip Hop) has a B.A in Psychology and Dance from Bates College. She has been dancing since she was eight years old when she started Irish Dance with Darcy May. Since then she has explored hip hop, ballet, jazz, modern, and more. She believes that everyone should have access to the arts and loves learning, teaching and sharing dance with anyone and everyone.